The article answers many common questions about ASME. Questions include: What exactly is ASME? What is ASME Certification, and why is it important? What is ASME code, and what does it mean? ASME B31.3, ASME B31.1, B16.5, B16.34, and Y14.5 code reviews are also discussed in this article.

It is a nonprofit organization that provides training and education. ASME, founded in North America as a mechanical engineering society, has evolved into a multidisciplinary global organization. Through continuing education, training, codes and standards, and other forms of outreach promote the art, science, and practice of multidisciplinary engineering and allied sciences worldwide.

In fact, it has over 130,000 members in almost 160 countries worldwide, and about 30% of them are students. Project managers, career engineers, researchers, corporate executives, and academic leaders are also among the other members. ASME provides high-quality programs in various sectors to a broad range of the technical community, and it develops performance test codes (PTCs) to provide standard methods and guidelines for the preparation, planning, reporting, and execution of these tests findings.

What is an ASME Standard?

The ASME standards are technical guidelines for designers, manufacturers, and end-users to use a product. Some of these standards are only a few paragraphs long, while others may be many pages long.

Because they are globally recognized, the ASME standards are helpful. Their use allows manufacturers and users to communicate more quickly and effectively. When a measure accepts by one or more governmental organizations and made enforceable by legislation or incorporated into a business contract, it becomes a Code.

What is ASME Certification?

ASME certification provides a straightforward way to tell customers, supply chain, industry, and regulators that your company is committed to public safety and quality. To gain ASME certification, applicants evaluate all information relating to their program, including the applicable forms, checklists, and associated fees. It ensures that applicants understand the accreditation/certification program entirely before applying. Before, make the following preparations:

Also, a corporation must go through a 6-month procedure to become ASME certified, ensuring that all operations are consistent with the code and done to the highest standards. The result is the ASME Certification Mark, which signifies that the product in question is manufactured from high-quality materials and is very safe to use.

What is ASME code?

The ASME code, often known as the ASME Boiler and Pressure Vessel Code or BPVC, governs the design, development, and construction of boilers and pressure vessels used in a range of sectors.

In addition, ASME Code is broken down into parts for different sorts of components (steam boilers, heating boilers, pressure vessels), fabrication and testing methods (welding, NDE), and materials, among other things.

Code Cases (special permits for designs or materials not covered by the code), Interpretations (ASME issued explanations), reference standards (e.g., ASME B16.5 Flanges, ASME B16.9 Fittings), and other standards, such as those for pipes, are also available.

What is the significance of this? It’s critical to choose a heating system that complies with ASME’s BPVC for a variety of reasons, including:

Following two fatal boiler explosions at plants in Massachusetts in the early 1900s, ASME established the Boiler & Pressure Vessel Code. Since then, the BPVC has issued guidelines to make steam boilers and other mechanical engineering equipment safer, hence reducing the number of accidents.

On the other hand, ASME-stamped industrial heaters and boiler systems have thoroughly inspected and passed the Boiler & Pressure Vessel Code’s quality and safety standards. When you buy a system that follows the BPVC regulation, you ensure that you’re getting a high-quality piece of machinery for your business or facility.

This code applies to any fluid piping, including:

Also included is the piping that interconnects pieces or stages within a packaged equipment assembly.

ASME B31.1 sets standards for power piping fabrication and installation. Power piping standards apply to electric generation stations, industrial and institutional plants, central and district heating plants, and district heating systems. Furthermore, the Power Pipe Code regulates the design, material, fabrication, construction, testing, and inspection of power and auxiliary service pipe systems. The application of ASME B31.1 varies by project and will be specified by the asset owner or an asset owner’s representative.

In addition to those covered by other sections of ASME B31, ASME B31.1 excludes the following pipe systems:

B16.5 Pipe Flanges and Flanged Fitting

The standard also applies to flanges and flanged fittings made of cast or forged materials, blind flanges, and reducing flanges made of form, developed, or plate materials. B16.5 should be used in conjunction with other ASME B16 Series of Standards and different ASME standards. Examples include the Boiler and Pressure Vessel Code and the B31 Piping Codes.

This standard applies to forged, fabricated, flanged, and threaded valves. It covers pressure-temperature ratings, dimensions, tolerances, materials, nondestructive inspection requirements, testing, and labeling. Flanged-end valves include welding end and wafer or flangeless valves made of steel, nickel-base alloys, and other wafer or flangeless valves that are bolted or through-bolted and mounted between flanges or against a flange. Alternative guidelines offer NPS 212 and smaller valves.

The Y14.5 standard establishes symbols, rules, definitions, requirements, defaults, and recommended practices for stating and interpreting geometric dimensioning and tolerancing (GD&T). It establishes these requirements for use on engineering drawings, digital models, and associated documents. 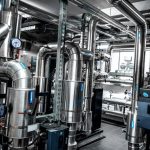 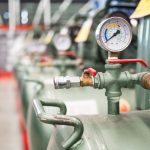 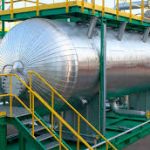