NEMA 4X and NEMA 12 characterize degrees of protection in line with specifications from the National Electrical Manufacturers Association. In this article, you will learn about the NEMA vs IEC standards, the characteristics of the NEMA 4X and NEMA 12 ratings, and also compare both ratings.

Electronic and electrical products have become a fundamental part of human life. As a result, electrical enclosures, which serve to protect users and shield sensitive devices, are common components in or around buildings. Moreover, there are different types of enclosures that have ratings depending on the level of protection. When it comes to industrial applications, two organizations are popular for setting standards for these ratings. These organizations are the International Electrotechnical Commission (IEC) and the National Electrical Manufacturers Association (NEMA).

When comparing both standards, NEMA considers more factors in developing closure ratings. Thus, NEMA ratings include over 20 different varieties. Two of the most commonly specified industrial enclosures are the NEMA 4x and NEMA 12.

NEMA 4X enclosures register among the most common out of the 20 different ratings due to its versatility. The design of this rating ensures the protection of electrical equipment from damaging environmental conditions including rain, dirt, and ice formation. Also, the ‘X’ in its name is indicative of its protection against corrosion. Thus, NEMA 4X offers an adaptable design with several protective qualities including:

Due to its adaptability, NEMA 4X rating serves in a variety of industry applications.

Generally, NEMA 12 enclosures are ideal for moderate indoor protection against liquid and solid ingress. Because the level of protection is basic, it is suitable for domestic use and more affordable than many counterparts. Furthermore, some of its features are:

Although NEMA 12 enclosures serve only indoor use, it is common in a variety of applications. Some of these include:

Differences Between NEMA 4X vs NEMA 12

Comparing the features of NEMA 4X and NEMA 12 is straightforward because they are from the same standard. In fact, choosing between these two enclosures is a fairly common endeavor.

Engineers generally tend to choose NEMA 12 if it can meet environmental requirements due to its lower costs. 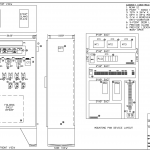 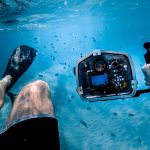 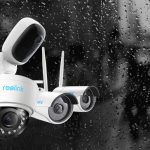 IP66 vs. IP68 – Differences and Applications 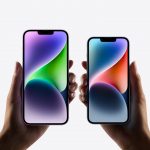 IP67 vs. IP68 – Differences and Applications