The IP (Ingress Protection) enclosure system uses a 2-digit suffix to describe the degree of ingress protection for enclosures. With an IP67 rating, it can be fully submerged in fresh water to a depth of 0.5m for 30 minutes vs the higher IP68 rating which can tolerate submersion to a depth of 1.5 m for up to one hour. In this article, you will learn about the IP protection system, compare IP67 vs. IP68 ratings, and learn about typical IP applications.

An international standard is the IP rating. It establishes the level of defense or sealing effectiveness in enclosures against an object, water, dust, and touch infiltration. Additionally, it adheres to European Standard EN 60529.

The level of intrusion defense for IP67 and IP68 is the same (6). The moisture grade number is where the differences lie (7 vs. 8).

On consumer gadgets like cellphones or speakers, IP67 ratings are typical. These ratings, however, can also be helpful in industrial systems and any other situation where a device may need enhanced protection from water ingress and dust ingress.

Device designers rely on IP67 enclosures to give their electrical devices the highest level of water resistance and dust protection. Designers frequently request IP67 enclosures for their gadgets because they offer great water protection to everything from hose sprays to brief submersion. The IP67 form factor is one of the most common used IP configurations.

IP68 enclosures’ high standard of protection makes them a natural choice for some of the most demanding electrical and electronic applications. These often include:

When determining the right IP rating to specify, engineers must be vigilant to consider potential ingress from less obvious sources of moisture or particulates, such as condensation, steam, and accumulating dust in harder-to-reach areas.

Both IP67 and IP68 ratings offer excellent protection against splashes and compete against each other for applications. Consumer electronics such as mobile phones are seeing the specifciation of IP68 with increasing frequency over the IP67 model. Take, for instance, the Apple iPhone whose new models specify IP68 rather than the previously dictated IP67. 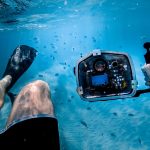 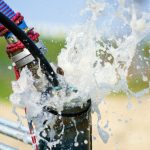 IP68 vs. IP69 – Differences and Applications 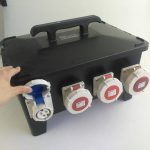 IP66 vs IP67 – Differences and Applications 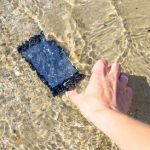