Pipe unions and couplings are both types of pipe fittings that join different parts of a flow system. However, a union makes it easy to separate and reassemble the joint from time to time vs a coupling that provides permanent connections. In this article, you will learn about pipe unions, pipe couplings, the differences between a union and coupling, and finally, frequently asked questions about union vs coupling.

A pipe union is a common connector that provides ease in installation and disassembling, unlike a coupling. Generally, a union consists of three parts – a male end, a female end, and a nut. Both the female and male ends have threads internally and externally, respectively while nuts provide the sealing. So, each pipe section coming together screws unto the union and not each other. This makes it easy to detach and reattach a single connection without affecting other parts of the piping system. Although metals such as carbon steel, stainless steel, and alloys are the common materials for making unions, some are made from plastic. When this is the case, they prevent the occurrence of galvanic corrosion by isolating pipe sections of dissimilar metals.

A coupling is a short piece of pipe that connects two separate pipe sections together using a variety of methods. Some of these methods include soldering, welding, compression, and screwing. Also, couplings can serve to connect a pipe to a swage when a change in flow diameter is desirable.

In practice, when a flow path exceeds the length of a single pipe, a coupling comes in to join both sections. In addition, whenever a pipeline undergoes repairs and needs replacement, couplings are what help to fit in the new section. Although screwing is one of the methods of installing a coupling, its purpose is to provide a permanent joint, with no foreseeable need for diassembly, unlike a union. There are three common types of pipe couplings in the industry.

Ideal for connecting tiny bore pipes, or a pipe to a swage or nipple. Depending on the pipe, the coupling could have a threaded or socket end.

When a small bore is branching from a vessel or large pipe, then using a half coupling is ideal. Similar to the full coupling, it has a thread or socket end, but only on one side.

A reducing coupling is a suitable type for joining pipes with varying diameters. Although the diameters are different, they are concentric, thus maintaining the centerline of the coupling.

Differences Between a Union vs a Coupling

Although a union and coupling are both pipe fittings that connect various parts of a piping system, there are some basic differences between them.

Because of the wide adoption of unions and couplings across domestic and industrial applications, several frequent questions emerge.

Do You Use Teflon Tape on Unions?

Teflon tape, or more appropriately called PTFE tape, is a versatile and water repelling seal. Generally, it serves to prevent leakage of water or gas through threaded connections, even in high-pressure applications. However, there is no need to use Teflon tape on unions if the gasket or rubber seal is in place. But if the seal is broken, the tape can act as a substitute and should be put on the connecting pipe thread, not the union thread. Also, just the right amount (2 – 4 wraps) should be put, else it could crack the female adapter of the union if in excess.

What’s the Difference Between Union and Socket?

A union has a male and female end with external and internal threads respectively. Sockets refer to only the female end of a piping joint, whether it be a pipe or a pipe fitting. Moreover, a socket could have internal threads or form a joint by socket welding, using an adhesive, or simply friction.

How Do You Stop a Union from Leaking?

There are several ways of stopping a union from leaking. One is by wrapping the threaded pipe a few times with Teflon tape. Before doing this, the union should be removed, and all threads properly cleaned with a brush or a light abrasive to remove all foreign particles. Alternatively, a chemical sealant can serve in place of the tape. But in more complex situations where the leakage is due to the offset of connecting pipes, then heat treatment and soldering could suffice. 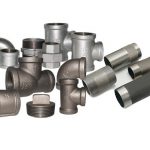 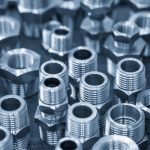