Running torque refers to the amount of torque a device needs to maintain the constant angular velocity of a rotating part once in operation. Knowing this value provides important operating information for rotation machinery and requires testing to determine it. In this article, you will learn about running torque vs other types such as holding, prevailing, and breakaway torque, and applications in industry.

A stepper motor, commonly used in motion control applications, divides a full rotation into an equal number of steps. For such a motor, the holding torque equals the amount of torque to move one full step when the windings are energized but the rotor is stationary.

In addition, for such a device to be precise in its application, engineers need to carefully size the motor with respect to torque and speed. The holding torque (Τ) is a product of the motor’s torque constant (Kt), and the current (I) in the stator windings.

Prevailing torque refers to the torque that a technician requires to overcome friction to screw a locking nut down a thread. In addition, this torque is not to produce clamp load or bolt stretch. Often, applications require that the prevailing torque is sufficient to overcome intentional interferences in the bolt joint design such as Nylok patches, squeeze nuts, etc. Also, it is to overcome unintentional interferences which include weld spatter, contamination, and cross-threading.

Because of these varying conditions, the application of prevailing torque is a lot more complex in comparison with running torque. Thus, engineers use various strategies in applying prevailing torque to fastening devices. In particular, one of such strategies is the Prevailing Torque Strategy (PTS) popularized by the equipment manufacturer Ingersoll Rand. The PTS involves the altering of the torque value of the fastening device across segments of the process as follows:

Breakaway torque refers to what a motor needs to start moving a stationary load. Generally, its value is higher than the running torque, which keeps the load rotating at operational speed.

However, the need for a breakaway torque in a device is only for a short period, usually during startup. According to the nature of the machinery and the type of bearings in use, the breakaway torque typically varies between 120% and 600% as the table below highlights.

In practice, engineers carry out testing to determine the various torque values of a device. This holds particular importance specially in fastening applications and in rotating machinery. During testing, a torque transducer is placed between the tool applying the force, and the item on which the force acts. Subsequently, measurements are gotten using either of the two approaches:

In engineering, running torque is an important measure for machinery and other applications involving rotating parts.

This testing involves measuring the turning moment that a device requires to make one component rotate about another. In this testing, the running torque gives an indication of the resistance in a system. Monitoring the running torque during this testing reveals other details such as smoothness of running, lack of concentricity, and defects resulting in observable chattering. 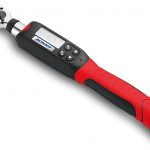 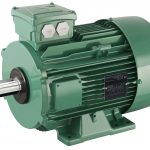 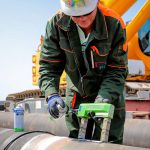 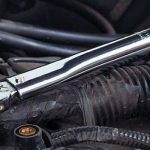