Many industries, including electronics, aerospace, and telecommunications, rely heavily on conductive metals. Some metals are more conductive than others, although most metals do conduct heat and electricity to some extent. This article describes the characteristics of conductive metals, the process through which a metal becomes conductive, and applications for conductive metals.

Due to its distinct crystal structure and lone valence electron, silver is the metal with the highest thermal and electrical conductivity. Silver is the perfect material for coating contacts, mirrors, and conductors in telecom applications due to its low contact wear resistance and outstanding optical reflection. Silver coatings possess a propensity to tarnish, thus they see less frequent use than copper and gold coatings.

While copper is also very conductive as a result of one valence electron, it is not quite as conductive as silver. However, copper is a much better choice for many commonplace electrical applications due to its widespread availability and low cost. Since it is around 64% more conductive than aluminum, it is the most widely used for metal wiring.

The fact that copper doesn’t contain iron gives it exceptional anti-corrosive characteristics. It is simple to understand why engineers select copper wire when considering its high degree of flexibility. Finding scrap copper to sell around the house shouldn’t be difficult, especially if you want to get rid of outdated electrical devices or components.

Gold provides a good conductor of both heat and electricity.

Unlike silver or copper, gold’s conductivity never fluctuates. Electrical contacts, connectors, gold bonding wire, and electroplating chemicals are all frequently made of gold. Due to its high cost and characterization as a precious metal, solid gold components are infrequently made. However, gold plating finds wide applications in both consumer and electrical products.

Aluminum is a decent heat and electricity conductor. Due to the presence of free electrons in the valence shell, aluminum has a high conductivity as it is mostly dependent on the movement of electrons within an atom.

In the United States, electricians installed aluminum branch wiring in many homes from about 1965 to 1972. Aluminum is not inherently unsafe, however, it does expand under heat and shrink due to it’s thermal diffusivity. This expansion and contraction may loosen wires. When wires get loose, it may create a spark that results in a fire.

As a result of these findings, engineers discontinued the specification of aluminum wiring in small diameter applications inside residences. However, it may be found in frequent use for large diameter power lines.

Zinc can be a more cost-effective metal than gold, copper, and silver despite having much lower conductivity than those three. Zinc has excellent durability and good conductivity. Wires typically find service in utility-type applications. Examples include wire mesh, fencing, and product packaging.

How does a Metal Becomes Conductive?

Electrical and thermal conductivity are the two types of conductivity most manufacturers find most important.

How effectively a material carries a unit of electric potential is determined by its electrical conductivity (also known as a charge). Thermal conductivity provides a gauge of how quickly heat moves through a substance.

In contrast to most other kinds of matter, metallic bonding is distinct because the electrons are not linked to a specific atom, which is why metals transmit electricity. The delocalized electrons can move in response to a potential difference as a result.

The passage of one free electron within the lattice dislodges those in the subsequent atom because the like charges repel one another, and the process repeats itself as it moves in the direction of the current, toward the positively charged end.

Here are the following uses of conductive materials.

As a result, a kitchen in a house could have a lot of conductors, such as pots, pans, forks, knives, and spoons. Your wallet or purse contains metal coins, which are also conductors. Jewelry, tools, wires, and pens are examples of other metal conductors.

Electrical conductors are used as switch contacts, plates for capacitors, solenoids, and inductors, as well as transmitting and/or receiving antennae in radio equipment. They are also used to connect electrical and electronic components in a circuit and to transmit and receive signals.

A copper conductor was typically used on transmission lines in the beginning, but aluminum conductors have completely replaced copper due to their lower cost and lighter weight when compared to a copper conductor of equivalent resistance. 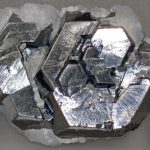 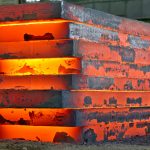 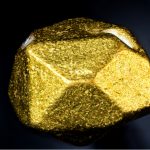