An aircraft static port allows for the measurement of the outside air pressure. In addition, it constitutes the pitot-static system, which is a range of pressure-sensitive instruments that measure key parameters in airplanes. In this article, you will learn how to identify a static port, its function, what happens in case of a blockage, and the use of an alternate static port.

How to Identify a Static Port

An aircraft static port is a small hole on the fuselage. Moreover, it is flush-mounted in a location where airflow disturbance is minimal to avoid interference in performing its function. Because of the possibility of blockage, most aircrafts have multiple static ports on each side of the fuselage. As a result, the combined readings provide an average pressure reading and improve accuracy. Generally, the location of a static port has clear markings that make it easy to identify.

The Function of a Static Port

As altitude increases, the ambient air pressure reduces. This is the guiding principle that various aircraft equipment use, with the static port collecting and feeding ambient pressure to these instruments. Due to its importance, some static ports have heating to avoid blockage from ice. Also, utilizing multiple ports helps to sense the movement of the aircraft and eliminate errors in measurement from slips and skids.

An altimeter indicates an aircraft’s barometric altitude. To achieve this, it has aneroid wafers, which are stacks of metal sheets, that expand and contract in response to the pressure feed from the static port.

When ambient pressure increases or decreases, the wafers contract or expand respectively. Then, a mechanical link between the wafers and the indication scale moves the hand of the dial accordingly. Mostly, the initial calibration of the aneroid uses the standard pressure at sea level (1013.25 mbar). But ambient pressure varies depending on the location and the given day. So, the altimeter adjustment knob enables the pilot set the reference sea level datum for any area and time. This allows for accurate measurements in varying conditions.

The vertical speed indicator (VSI) also uses the change in ambient pressure from the static port to carry out measurements. But in its case, it checks the rate of climb or descent of the aircraft. Although the working principle is like the altimeter, the diaphragm in the VSI takes the place of the aneroid. Also, there is a calibrated leak that permits air entry in a slow manner, which the diaphragm can handle. As a result, there is a lag between the actual and what shows on the indicator.

What Happens if Static Port is Blocked

Having a blocked port is a serious situation because the ambient pressure is the fundamental input to most instruments. Moreover, a blockage of the port causes an error in readings, which creates a hazardous scenario for the aircraft. For example, the altimeter will freeze at the value when the blockage began. As for the VSI, a blockage will result in a zero reading even though the aircraft is descending or ascending. While for the airspeed indicator, the reading will be less than the actual as the aircraft ascends. On the other hand, the reading will be over the actual as the airplane descends. There are several factors that can cause port blockage including insects, striking an object, and icing. Because of these, it is common to take these precautions in the aviation industry:

Use of Alternate Static Port

Most descriptions of the static port’s instrumentation configuration are commercially obsolete and simply to illustrate the historical working of a static port. Although the static port remains critical to aircraft instrumentation, modern planes have Air Data Computers (ADC). The ADC still uses the pressure feed from the static port but carries out calculations of parameters electronically rather than mechanically. 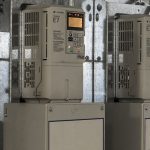 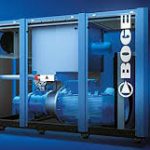 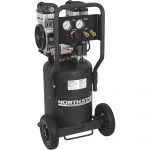